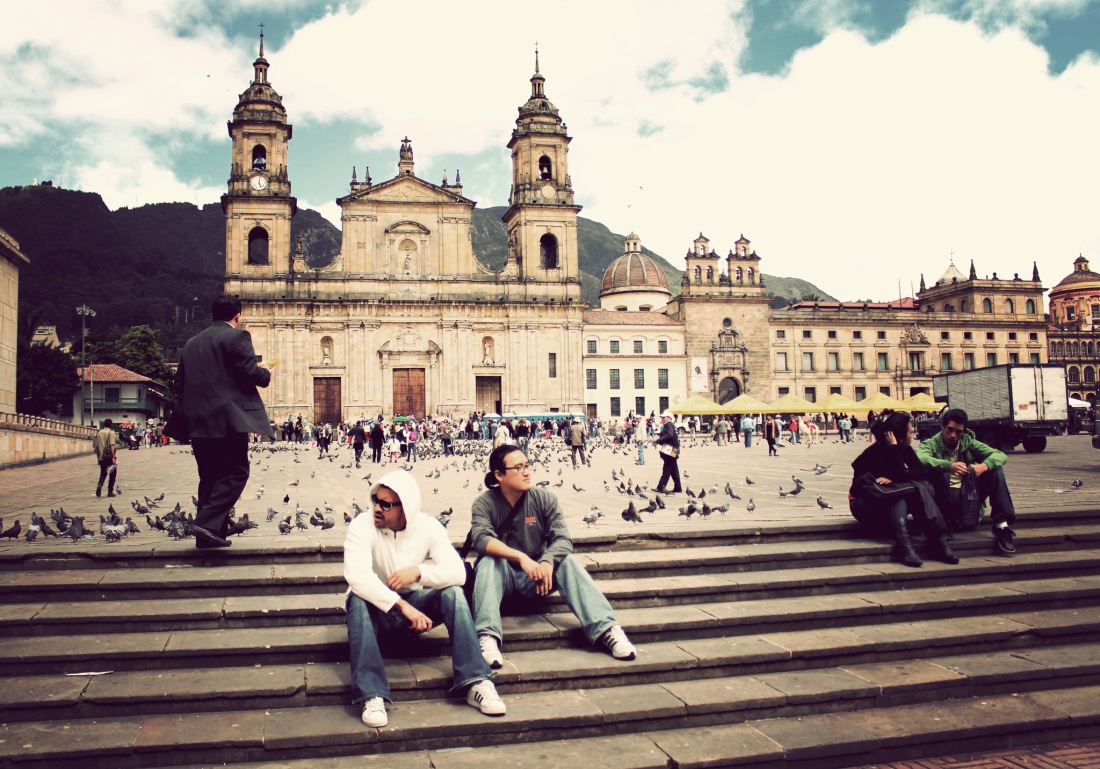 I was recently asked to recommend some places to visit by a friend who was planning a trip to Bogotá (Colombia), and I could think of no better place to start than in the Plaza Bolivar (aka Bolivar Square). Located in the heart of the historic Candelaria district, the plaza was named after Simón Bolívar, the Venezuelan military leader who helped lead Colombia, Venezuela, Ecuador, Peru and Bolivia to independence from the Spanish empire.

Not only is Bolivar Square one of the most picturesque areas in the city, the plaza is bordered by some of the most important buildings, and houses the most influential decision-makers in all of Bogotá, as you have the Palacio de Justicia (home to the Supreme Court) to the North, the Primary Cathedral of Bogotá (seat of the Archbishop) to the East, the Capitolio Nacional (home to both houses of Congress) to the South, and the Palacio Liévano (seat of the city Mayor) to the West. 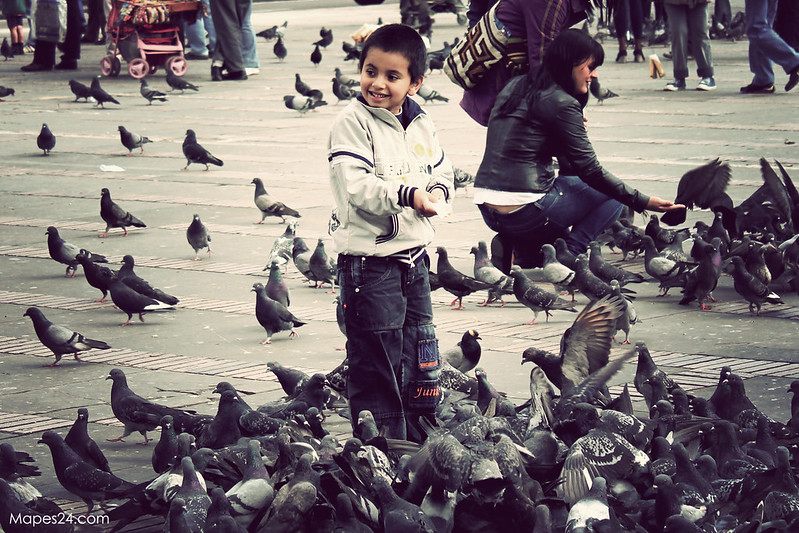 Since there is a constant flow of foot traffic throughout the plaza, it serves as an ideal place to whip out the camera for some street photography, or simply to relax and people-watch. 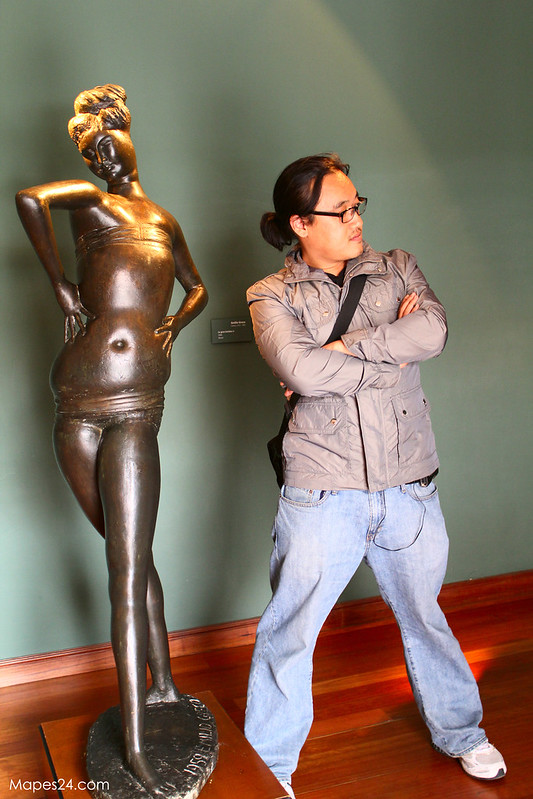 One of the main benefits of starting your tour at the plaza, is its close proximity to some of the best cultural experiences in Bogotá. Within short walking distance, you’ll find both the Museo del Oro (Gold Museum), and the Museo Botero (which got its start after Fernando Botero, one of Colombia’s most influential artists, donated over 200 pieces from his personal collection to the Banco de la República). 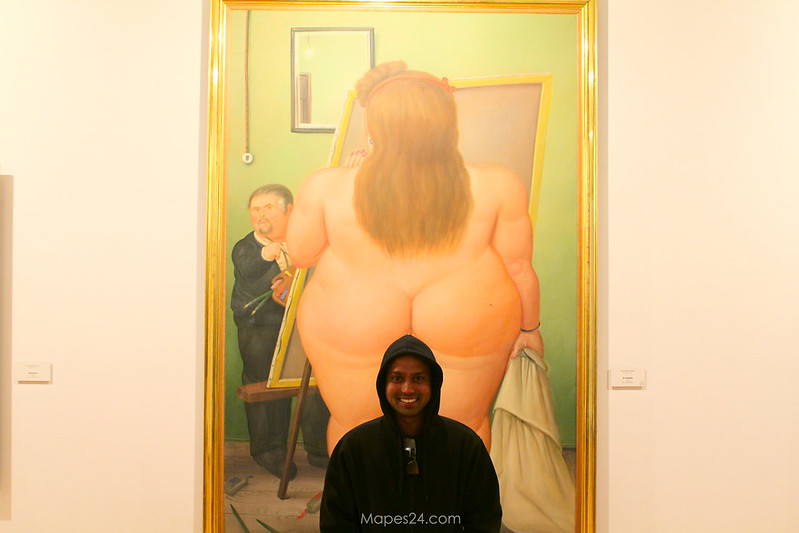 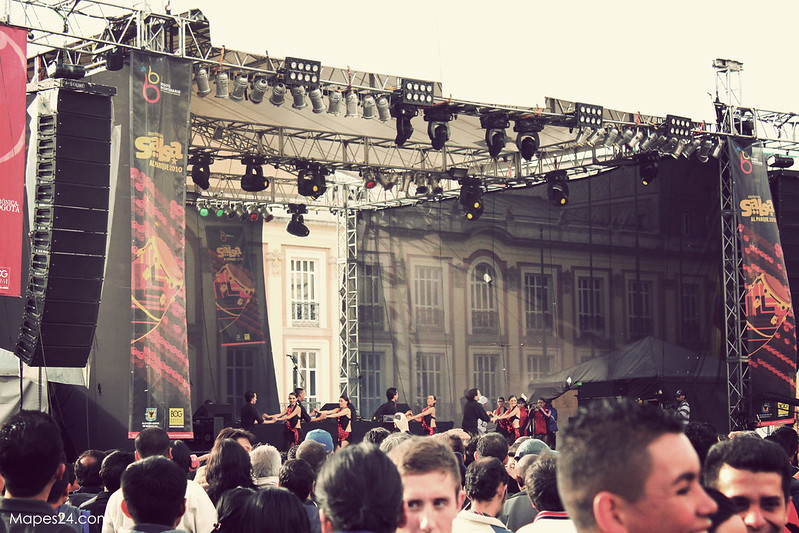 If you plan to visit, I would highly recommend that you do a quick search online to see if there are any upcoming events in the plaza. As luck would have it, there was a huge salsa festival going on at the time we were there. 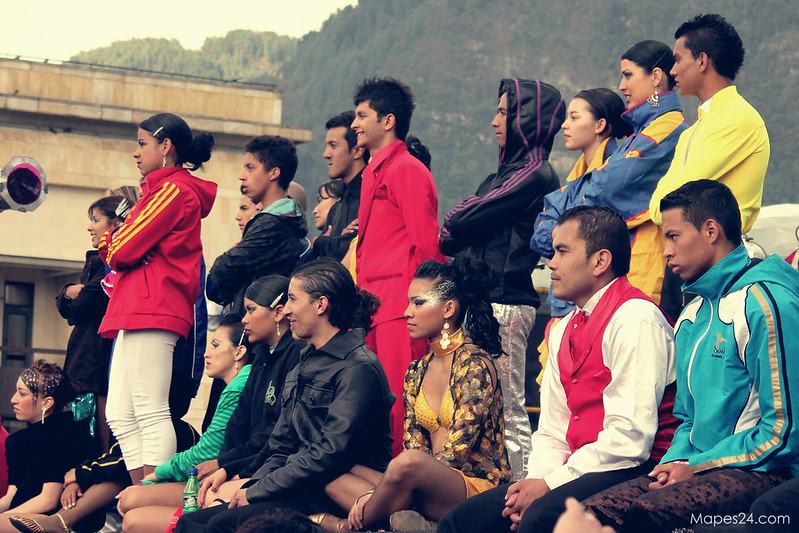 Salsa dancers enjoying the rest of the show after performing 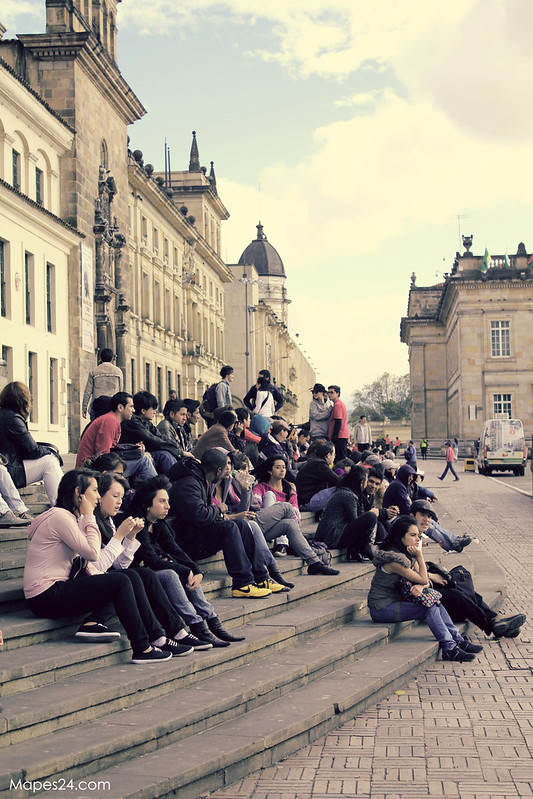 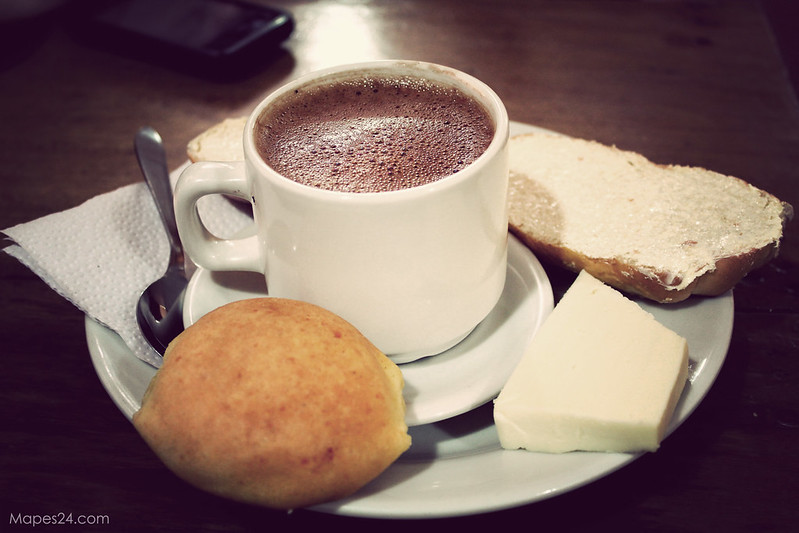 I know that placing a block of cheese into your hot chocolate may seem counter-intuitive to most people, but I assure you that it is quite the tasty treat and is definitely worth a try. Located just around the corner from the plaza, I highly recommend that you take the quick walk and check out La Puerta Falsa, a small hole in the wall restaurant with some old-world charm that is well known for their ‘chocolate completo’ and also has some of the best tamales in Bogotá according to locals.