It’s been a few months now since the event, and just the memory of it still feels unreal…good thing I like to take pics.  🙂

Given the historic relevance of the Garden, I’m sure you can understand, why this Korean-Canadian-Californian living as a New York transplant was having a hard time registering the fact that he’d be performing on its storied stage.  U2, Michael Jackson, Madonna, The Rolling Stones, Guns N’ Roses…and now my frumpy-ass, haha!  *Scroll to the bottom of this post if you just want to see the vid*

Have you ever had those moments in life where you felt like the Matrix was simply messing around with you?  Or where you wanted to scream out “Tech support!!!!” to the Vanilla Sky because everything seemed surreal?  Truth be told, I have an odd defense mechanism that I fully recognize to be one of my many ‘quirks’.  I have the odd habit of expecting the worst to happen, so that I’m not quite as shocked or disappointed if and when, things go wrong.  Leading up to this event, I’d somehow convinced myself that either due to some contract disagreement, a union problem, or pigs flying into the Garden, that there was still a realistic chance that we wouldn’t get up on stage.  It wasn’t until we literally started walking through the employee entrance to MSG that reality set in, and I fiiiinally replaced those thoughts with “Oh shit, this is really happening!” Haha! 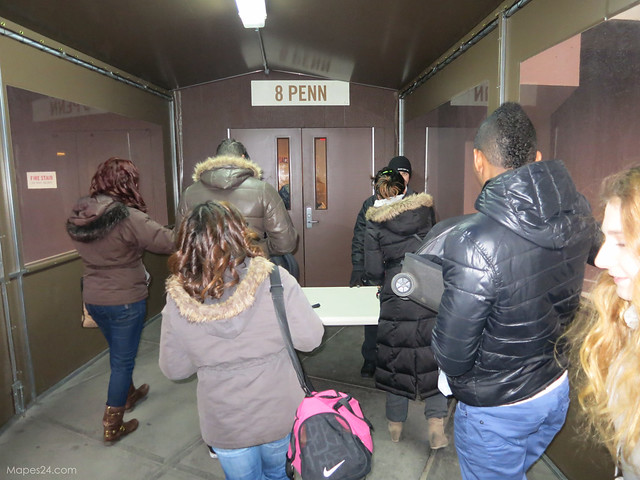 After getting situated, we headed out to sound check.  Having the Garden to ourselves was definitely awe inspiring.  Lot’s of history here folks. 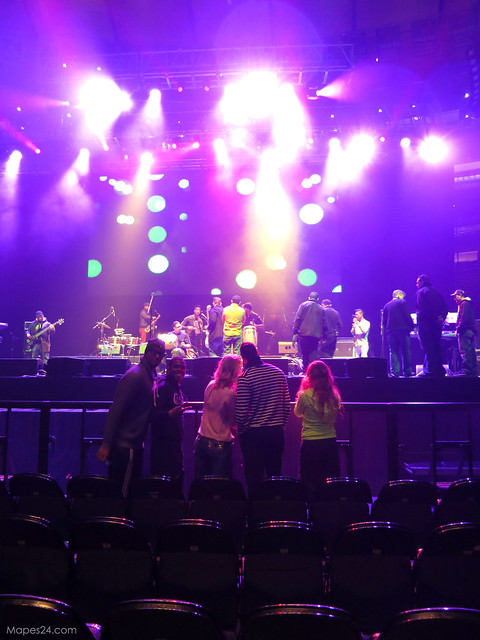 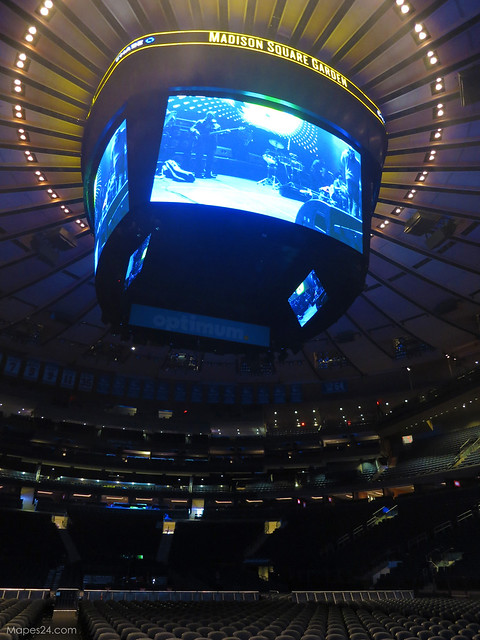 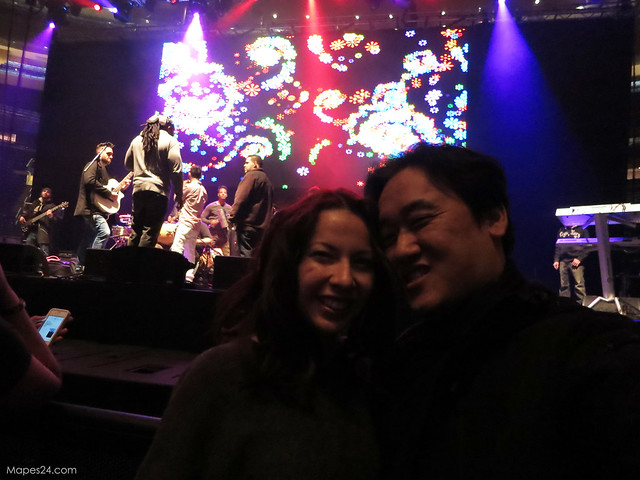 I admit that I was feeling a bit sad/nostalgic that evening, as this was Elba’s last performance with our group… but hey, what a way to go out eh?  🙂 Definitely one of the most amazing people I’ve met in this dance journey, and a much missed presence in the company. 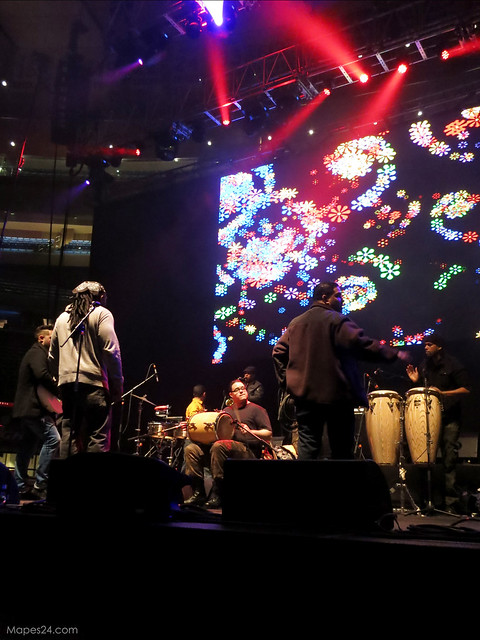 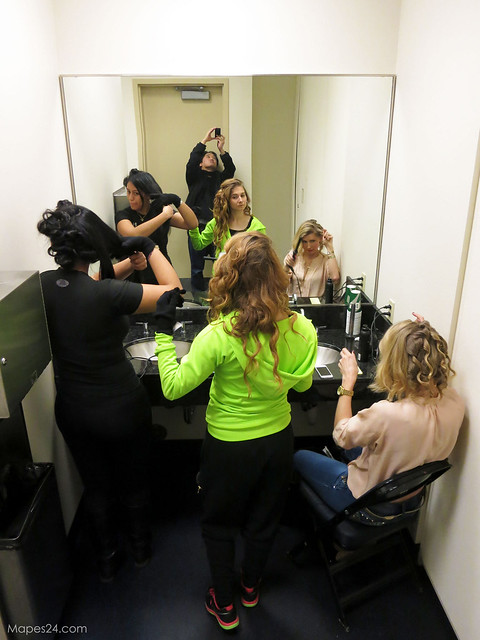 I’ve actually had a few people ask about which camera I’d used, as the above pic misleadingly looks as though I’m using my phone.  FYI,  my go-to camera will always be my dslr, but when I’m not in the mood to be lugging around all my equipment, and I want more control/quality than what’s available on my phone, I immediately turn to my trusty Canon S110, which provides an awesome combination of pocketability, manual control, and image quality.  Definitely recommended. 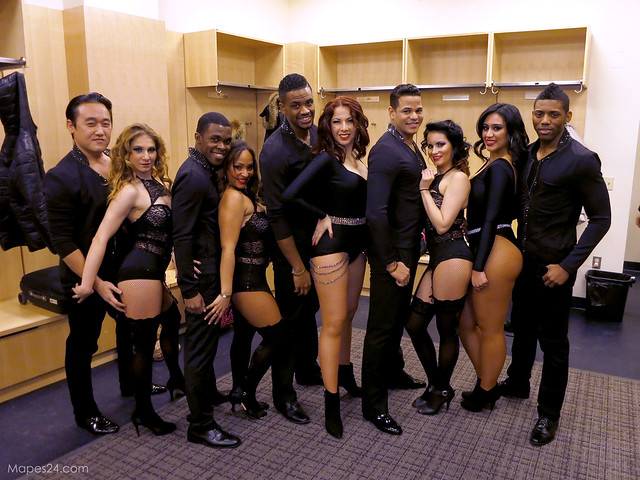 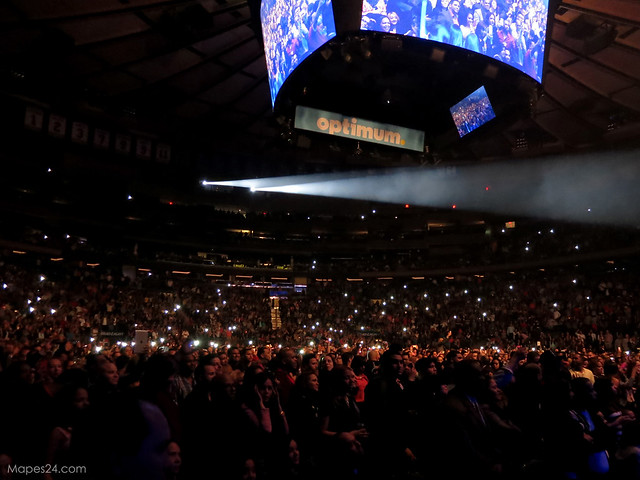 Since the event, I’ve also been asked whether I was nervous getting up in front of 20,000+ people, and my honest response is that while I was pretty amped walking towards the stage due to the roar of the crowd, once our musical cue hit, it actually felt like any other show…largely because I couldn’t see all the eyes staring up at the stage, haha!  The above pic is the closest image to what it looked like from our point of view. 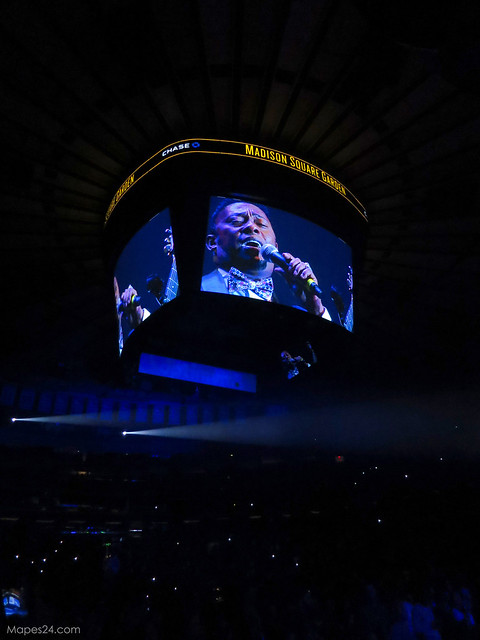 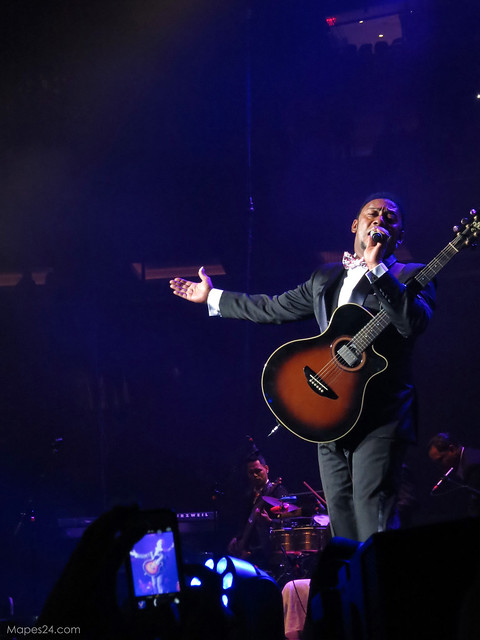 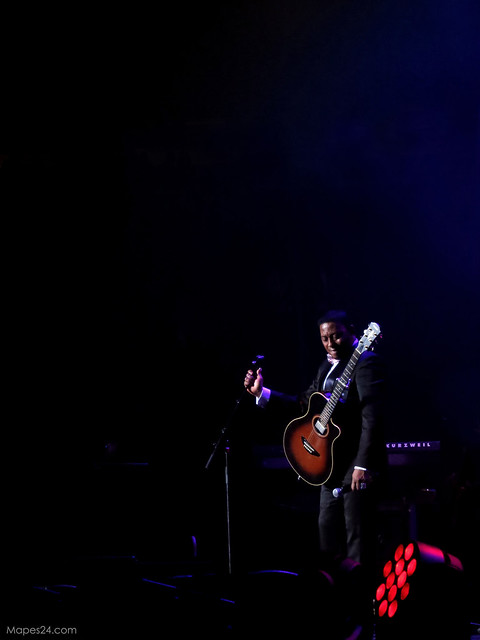 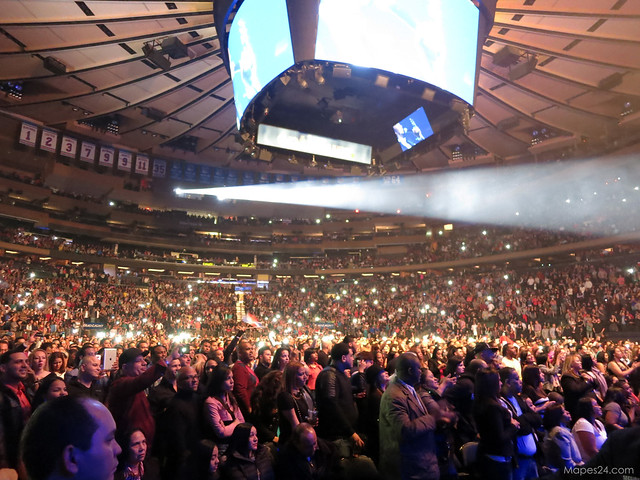 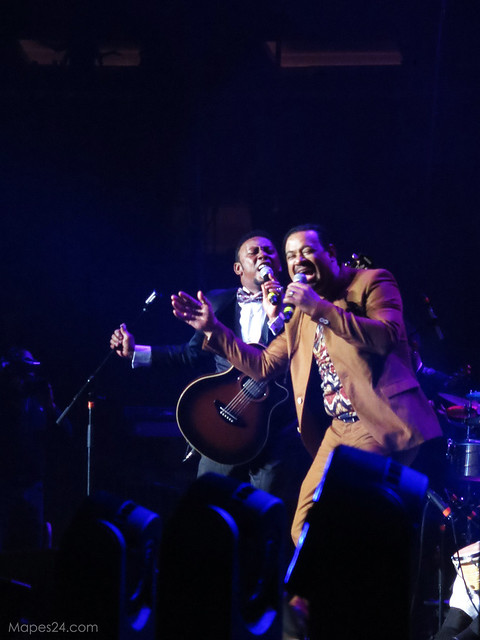 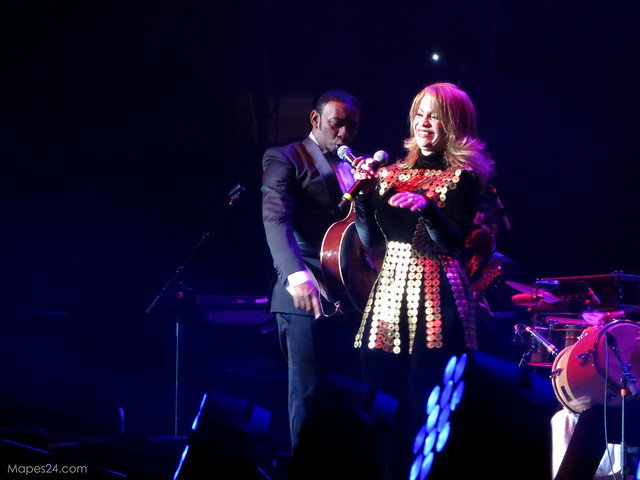 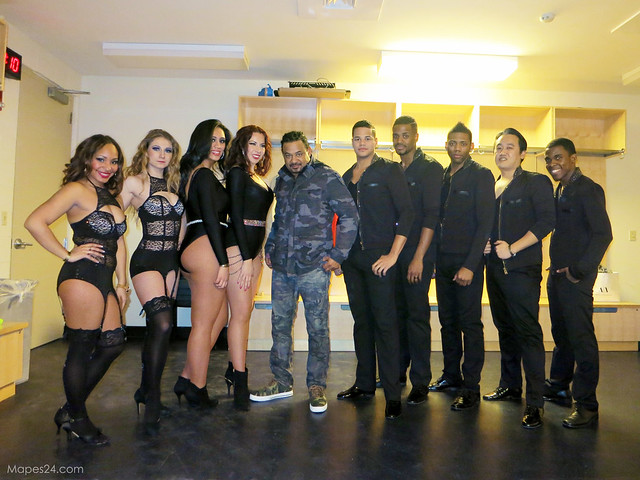 A huge shout out to Luis Vargas for having us be a part of this historic night!  Before I moved to New York (10 yrs ago),  never could I ever have imagined that Latin culture/dance/music would play such a huge role in my life.  More improbable is the thought that I, as an Asian-American would one day be dancing for a genre-defining Latin artist, in front of 20,000 bachata fans, on one of the world’s biggest stages. Life seems to have a funny sense of humor!

My outlook on life has always been to take things one step at a time, and try my best to persevere through any rough spots if it’s something I’m passionate about, as I have no idea where the road may lead.  I’ve found that failure only begins when you stop taking deliberate steps towards progression.  So to anyone who’s read this far into the post, keep moving forward, even if you’re carrying the world on your back, ’cause you just never know where you’ll end up!  This night was definitely a testament to the truth of that idea! 🙂 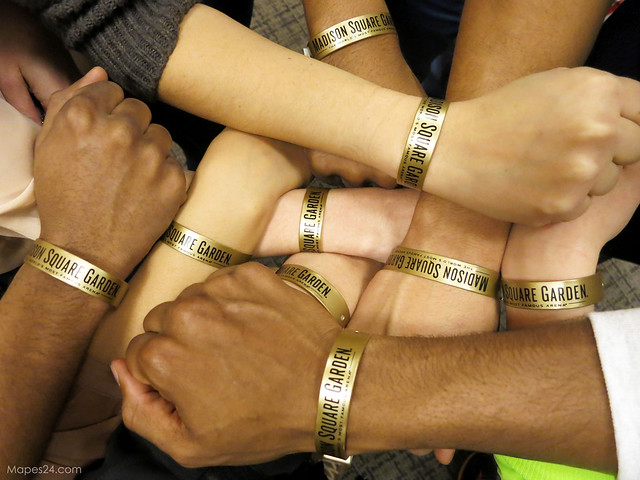 And of course, how could I end this post without giving the biggest shout out to the boss-man Fausto Felix.  If it wasn’t for your vision, none of this would have been possible.  Thanks for bringing together such an awesome group of people, each of whom I’m extremely proud to call my dance fam! 🙂

Here’s a quick video edit from clips I was able to find on Youtube (credit indicated on the vidpage on YT):