I find that a night out for some Korean food can be a hard sell to a lot of my western friends, as many find the fare to be either too spicy, or lacking in heartiness, due to the abundance of vegetables used in the cuisine. Back home in L.A., I’m usually able to convert the doubters by taking them to one of the many Korean BBQ houses (K-BBQ) located throughout the city.  Understandably, it’s not too difficult to convince friends to try one of the many K-BBQ restaurants, considering they generally serve around 20-30 different cuts and types of meat (all-you-can-eat) for about $20 per person.

In comparison, the overall conversion rate of my friends in New York has been much lower as the K-BBQ in the City is generally overpriced, the quality of meat is nothing to write home about, and the portions are pretty paltry (no all-you-can-eat, and serving sizes are literally about half the size of what you would get in LA). I found this to be status quo for the past decade that I’ve lived in NY, and really had given up on finding any quality K-BBQ in the City…that is until I recently stepped foot into Kang Hodong Baekjeong.

Located on the Northeast corner of 32nd St and 5th Ave, the decor at Kang Hodong Baekjeong, with the tabletop grills, suction fans and call buttons will look instantly familiar to anyone who is well versed in the K-BBQ scene. So I wouldn’t fault you if you were expecting some standard fare, but this is where any similarities with the other K-BBBQ spots on 32nd St ends.  What really sets this restaurant apart from their competitors in the City, begins with the man running things behind the counter, Deuki Hong. Though Hong, a 25-year old New Jersey native, may seem a bit young to be at the helm, don’t let his age fool you as his resume includes working in the kitchens of notable celebrity chefs like David Chang and Jean-Georges Vongerichten. Make no mistake, this is as traditional a K-BBQ meal as any other, but just done with a level of quality and finesse that you are not used to. His attention to the quality of meat and overall ingredients makes his food stand out immediately,..even to a palate that’s been consistently consuming Korean food for over 3 decades. 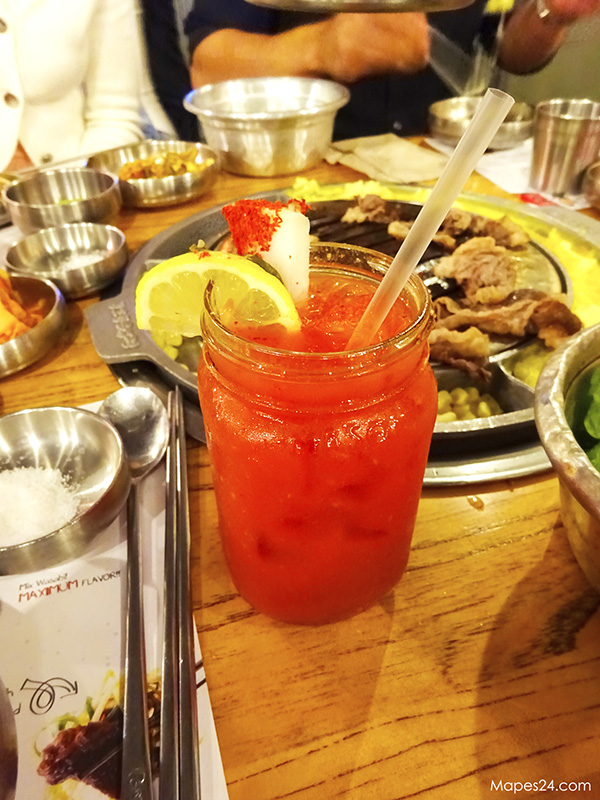 If you’ve partaken in the joys of K-BBQ before, you may be tempted to pick up the tongs and cook the meat yourself, but make sure to allow your server to take charge of the grill this time as they’ve been specifically trained to cook and serve the meat only after each bite is perfectly charred, juicy, and melt-in-your-mouth tender.  Just another touch that makes them stand out from the rest.

Some people may find that the quantity of banchan (small side dishes) is not what what they’re generally used to when compared to other restaurants in Ktown, but I feel this falls in line with the overall theme of the menu, which prevents any other items from stealing the limelight away from the star of the show.  The marinated radish, lettuce, kimchi, and a light soysauce/wasabi based dipping sauce help to remind you that you’re here specifically to have mouth-watering cuts of meat, and that all other items on your table simply serve to accent the explosion of meaty goodness that is getting ready on the grill.

Though the pork combo (premium seared pork belly, premium pork jowl, and choice of marinated pork collar or thinly sliced spicy pork belly) was also enjoyed by everyone at the table, I think my personal recommendation would be to have the Beef Combo (thinly sliced brisket, seasoned prime short rib, and choice of prime boneless short rib or prime rib eye), with an extra order of the Prime Boneless Short Ribs.  Trust me on this, you will be grinning ear to ear after you’re done with your meal!